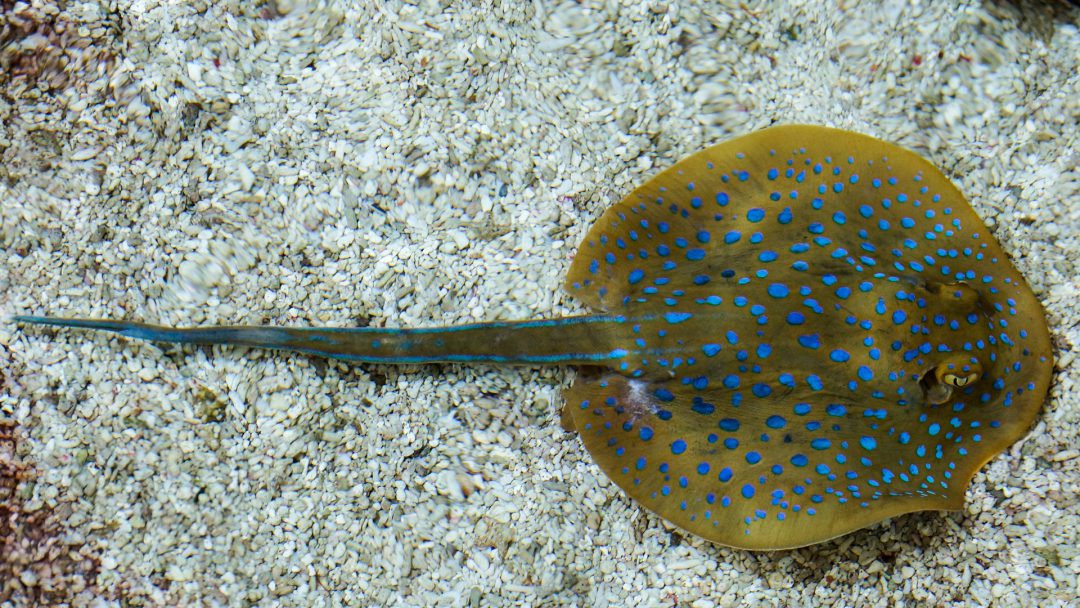 I’ve lived in Southern California all of my life and have been to the beach countless times. Never have I been stung by a stingray, jellyfish, or anything for that matter. Not even a bee! But something like this eventually happens to everyone, right? I was recently stung by a stingray and it was the most intense pain I’ve ever felt for 2 excruciating hours! If you like to go surf fishing, get yourself a decent pair of water shoes.

Now before I tell you the story about my stingray incident, I’ll first go through the steps you must take to relieve the pain and instantly feel better. Most of those who end up reading this will have found the article by Googling something like: Stung by stingray what to do for pain. That’s exactly what the wife and I did!

Stung by stringray — How to treat the pain

Disclaimer: I’m not a doctor and have no medical training. This advice was recommended to me by the lifeguard on duty. Believe me — It works!

The one thing you have to do to make the stingray sting feel better:

After about 15 minutes the hot water in our house ran out and became warm. Warm water is useless. My wife had to put water on the stove, get it hot — just before the point of boiling, and bring me a fresh bucket every 10 minutes. I also pounded a few beers and probably should have taken a few shots of liquor to help subside the pain from the hot water.

Things you don’t do:

After a few hours you will feel a lot better and the pain should be completely gone. This was probably the worse pain you’ve ever been through and now you feel like a champion because you made it through!

Big thanks to a few articles online that helped me get through this. The two that helped the most were at EMediceHealth and the blog An Expat Life in Nicaragua. Check out that first link for more professional advice.

How did this happen?

Two Saturdays ago my sister and I decided to go surfing at a local beach. I proposed we go to my local favorite Seal Beach, but she was recently warned that it was infested with stingrays. So we decided to go a bit further down and check out Sunset Beach. Sure enough, the stingrays have also inhabited Sunset and Surfside.

After being in the water for awhile I wanted to take a break and head back to the shore. I was in about waist deep water when I felt my foot touch something slimy and soft, which I initially took for a small fish. A few seconds later it felt like a big hook had caught my foot and dug in. Since there were a few guys fishing off the shore I thought maybe one of them had caught a fish and their line caught my foot! That would’ve sucked too, but after this nightmare I prefer that over the sting. Before I had time to pull my leg up to look at the damage my entire foot felt like it was on fire. I could no longer pinpoint where the cut had happened; for a few seconds I thought maybe I had been attacked by a small shark. This is because the venom from the ray was quickly injected into my foot and went to work almost immediately. I called my sister over to help and I couldn’t see a cut or a bite. I was astonished because I was in the most pain since I can remember. That’s when I saw the little hole in the soft spot where the big toe and foot meet. At that point I realized I had been stung by a stingray!

The lifeguards came over and didn’t have any way to help. They knew exactly what I needed to do though. Get my foot in the scalding hot water as soon as possible! He told me that no other remedies would work and even if I went to the hospital they would do the same thing. His best advice to me was to go home and soak the hole in hot water for 2 hours. And that’s exactly what I did. It was the worst 15 minute drive from the beach to my house, but my sister did awesome and got us home quickly and safe. The wife already had hot water running for me and it was perfect timing because at this point the pain was unbearable.

A few weeks after the sting

It’s been a few weeks and I’m not happy with the healing process. I was amazed when the pain was completely gone after a few hours of hot water, but then about 2 days after the stingray incident happened I started noticing a few things. There was slight swelling around the hole and it started feeling like a bruise. Putting all my weight down on that foot wasn’t comfortable and even walking became a chore after about a week.

Here I am, two weeks later, and I’m about to go to the doctor. I don’t have pain unless I push down on the hole. It feels very tender around it and inside feels like there is a small hard ball. It’s more annoying than painful, but I fear that it might be getting infected. My wife says it does feel a bit warm around the hole so that’s a sign that it’s not healing correctly. I’ll get back to you in a few days and let you know what the doc says!

I’m hesitant to go back into the water, but I can’t stay out of the ocean forever. I think I’ll be getting myself some of these water shoes

to put on for stingray protection. The $20 bucks is worth it!

Dirt N’ Smores is a participant in the Amazon Services LLC Associates Program, an affiliate advertising program designed to provide a means for sites to earn advertising fees by advertising and linking to Amazon.com.

View all posts by Mike